So, I got an opportunity to attend the Ethereal Summit this past week, and I’m glad that I did. It was my first time, and it was worth it. Why? For a number of reasons. Also, strangely, I found it interesting to see Joe Lubin casually walking down a street in Red Hook, especially when I remember how the ‘hood used to be when the movie Made was shot. In addition to surreal imagery, it was a pleasant experience for the exposure to all of the different projects. Plus, it didn’t hurt that The Red Hook Lobster Pound was just a few doors down. 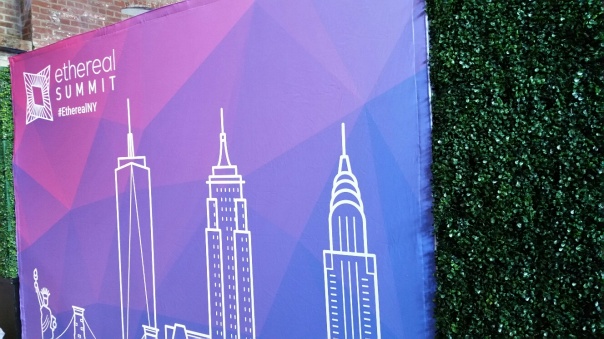 On the first day, I attended a few workshops, but the one that especially caught my attention was an Ethereum-based platform for VPN called Orchid. Some people might chastise me for not knowing about it, saying that it’s been around for years. But I’m an old man who lives under a rock, so many “ancient” things are new to me. In any case, it was one of those ideas where you say “Oh, yeah, of course that makes sense! Why didn’t I think of that?” After listening to the presentation for only a few minutes, I was sold on the idea. I only wish that I had taken a better picture (which is the one shown below): 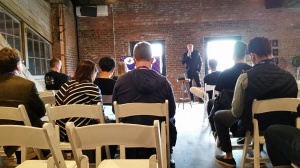 I listened to a few presentations from the main stage, but they seemed rather short and bit rapid in pace. Afterwards, I decided to visit the exhibition area with all of the vendor booths. (Which, I was told, had sadly shrunk to a fraction of its size from last year and its crypto “good times”). I walked past the free candy stand, drank my cucumber water with my pinkie out, and checked out the nearby booths. It was then that one booth and its XBox caught my eye:

The gentleman sitting down seemed oddly familiar to me, but I had a hard time placing where I had seen him before. Little did I know at that moment, he was more or less the guest of honor at this summit. Because this event was mostly about one major player who had now taken a profound liking to the Ethereum platform: Microsoft. As I would soon learn during the course of the next day.